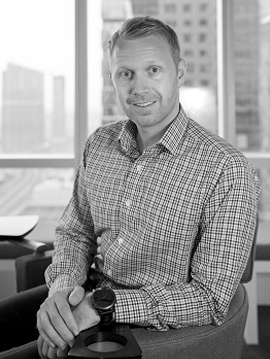 * Smaller players to come under pressure

The company’s bunker sales were somewhere in the region of 8-10 million mt in the financial year ended December 2016, Lassen said.

“We are always looking to expand. Not many bunkering companies have a growth plan in place. Most of them are focused on cost cutting and aligning businesses,” said Lassen, adding that Glander International Bunkering would look to acquire businesses that are well entrenched in their respective markets and “have a good customer base — a large number of clients with long lasting relationships.”

Although Lassen did not mention specific locations where Glander International Bunkering wants to grow, he said “we will enter those markets where we can become a dominant player soon. In the Middle East, for example, in 5-6 years, we have built a strong position.”

The company currently has offices in numerous locations worldwide — Singapore, India, Switzerland, Norway, the US and Brazil. Although it is a physical supplier in Rio de Janeiro, it is a back-to-back trader and broker in other locations and will continue to grow its trading operations in future.

The company has made several acquisitions in recent years. In 2014, Glander International Bunkering acquired Valhalla Marine, marking the first European office for the group.

SURVIVAL OF THE FITTEST

The bunker industry is ripe for consolidation, particularly in those markets, where too many players exist, Lassen said, adding that economies of scale and the new 0.5% global sulfur cap from 2020 will be key drivers for M&As.

“The cost per unit [of operating] comes down when you become bigger. We have seen that in shipping and the same applies to bunkering too,” he said.

“In future we’ll see fewer players [in the bunker industry] but they’ll be bigger in size,” he said, adding that some smaller players will get wiped out as the “vetting process gets stricter [after the OW Bunker collapse] and margins are squeezed in an increasingly competitive industry.”

After OW Bunker’s collapse, attention has turned to counterparty risks, as some bunker suppliers still continue to pledge their invoices, Lassen said noting that “Glander International Bunkering did not and do not pledge its invoices.”

“Good clients are asking for a lot more information now — such as the financial health of the bunker trader, whether the trader is pledging its invoices and if it is insured for product indemnity,” said Lassen, adding that those traders that cannot meet these stricter norms will eventually perish.

“Prices for 0.5% sulfur fuel oils are expected to rise as we get closer to 2020. As a result of limite availability of 0.5% sulfur compliant fuels, bunker bills for some customers could even double, compelling them to ask for easier access to more credit,” he said.

As credit lines including the length of credit are stretched, only those firms with good access to banking lines and more liquidity will thrive, Lassen said.

“We have to normally pay (our suppliers) within 14-15 days and sometimes up to 30 days after delivery. But we extend a 30 day and sometimes up to 45 day credit facility to our clients, so having the right banking agreements is critical,” Lassen said.

Glander International Bunkering: Consolidation on the cards
March 31, 2014
Latest News
Go to Top
We use cookies to improve your experience and the performance of our website. Select ‘Accept’ if you consent to the use of cookies during your visit on our website.AcceptRejectRead our privacy policy for more information